Why am I Here? 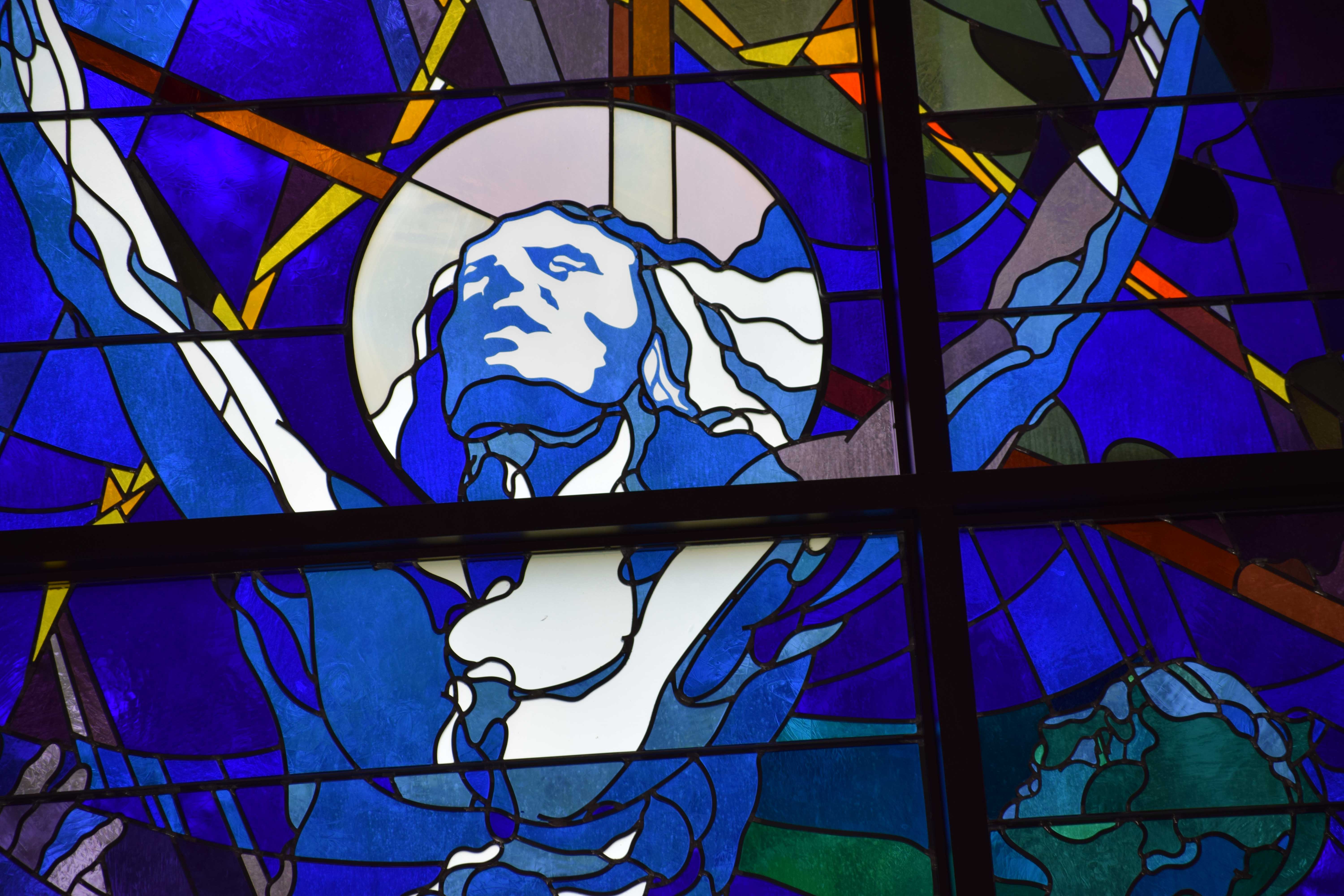 Mike’s testimonial is a true example of Jesus’s unwavering love for us. Mike first met Sister back in early 2001 and then again in 2014. His door is always open, sometimes we just need to knock.

In June of 2014, I began having pain behind my left eye. I was treated for sinus but the treatments did not help. In November, my vision became blurred and I started having eye flashes and then floaters. I had another appointment with my optometrist in December which led to the eye surgeon on the same day. The eye surgeon said I had a lesion that was in a difficult to reach location near the optic nerve. I was told that cancer of the eye could indicate that cancer could be present in another location and it would travel to the eye through the bloodstream. He ordered a PET scan to look for other cancer in my body.

My wife, Bernie, and I had attended daily Mass and had found a slip of paper left in one of the pews. It contained information for saying a nine-day novena to St. Jude, the Saint of hopeless causes. We immediately began praying the Novena to St. Jude.

When I completed the PET scan, the last words the doctor performing the test were “Good luck Mr. Dellucci”. I took that to mean I would not be getting any good news from the scan. At home on a Friday afternoon, I received a call from my doctor that there was no sign of cancer elsewhere in my body. While on the phone, I gave my wife the thumbs up sign and she immediately began crying. I had forgotten that it was the ninth day of the Novena to St. Jude.

We met with the surgeon and he referred us to Memphis to see a specialist for this type of rare eye disease. He said the tumor was in a difficult location and would require a unique treatment that was only done in Houston or Memphis. We scheduled the appointment for January 20th.

I had not visited Cypress Springs Mercedarian Prayer Center since the open house several years ago. When I received an invitation to Sister Dulce’s Christmas open house get together to thank all of her wonderful volunteers, I was humbled. “How did I get this invitation”, I asked? It had to be a mistake or maybe Sister had something to tell me? Bernie and I attended the open house and visited with Sister She was beautiful as ever and so cordial to us. She did not mention my condition nor did I want to burden her on such a joyful occasion. However, I did decide to make an appointment with her since my treatment was to start in a couple of weeks.

My meeting with Sister started with, “Sister, I am not afraid of dying.” She said, “you are not dying.” She touched my eye and prayed to Papa that he would guide the surgeon’s hands. Then she asked me “what is that pain around my eye?” I told her that she was the only one to acknowledge that I really had pain there. She said it was from swollen vessels probably caused by inflammation. She placed her hand over my eye and prayed. From a scale of 0 to 10, I told her the pain was now a zero. She told me whenever I feel that pain again, to place my hand over my eye and ask her for help. The next morning, the pain awakened me and I remembered Sister’s instructions. I placed my hand on my eye and thought of Sister, asking for her help. The pain immediately diminished.

The meeting with the eye specialist was long and stressful with many tests. The doctor finally came in and told us the good news that the cancer was small and in an easy to reach location. The prognosis was that it was treatable and with an aggressive treatment, I could soon be cured with little or no side effects. Years ago the eye would have been removed.

We immediately went to the Tennessee Medical Center to meet with the oncologist. More tests were performed. When the doctor came in and while reviewing the test results, I asked him how this cancer could progress so quickly? Moments later, he turned to me and said: “I do not see any cancer in your eye”. Thank you, Papa! Thank you, Sister Dulce!

Since Sister Dulce has accepted and uses her gifts from Papa, she has shown me how close God is to us today. She has helped my son and also a dear friend through her prayers to Papa. I have always questioned why I’m here. What am I supposed to do for God? This chapter in my life has made me aware that God has a purpose for me and I need to be attentive to His calling. I am also much more aware of the presence of the Saints and the assistance they are giving us in our daily struggles.