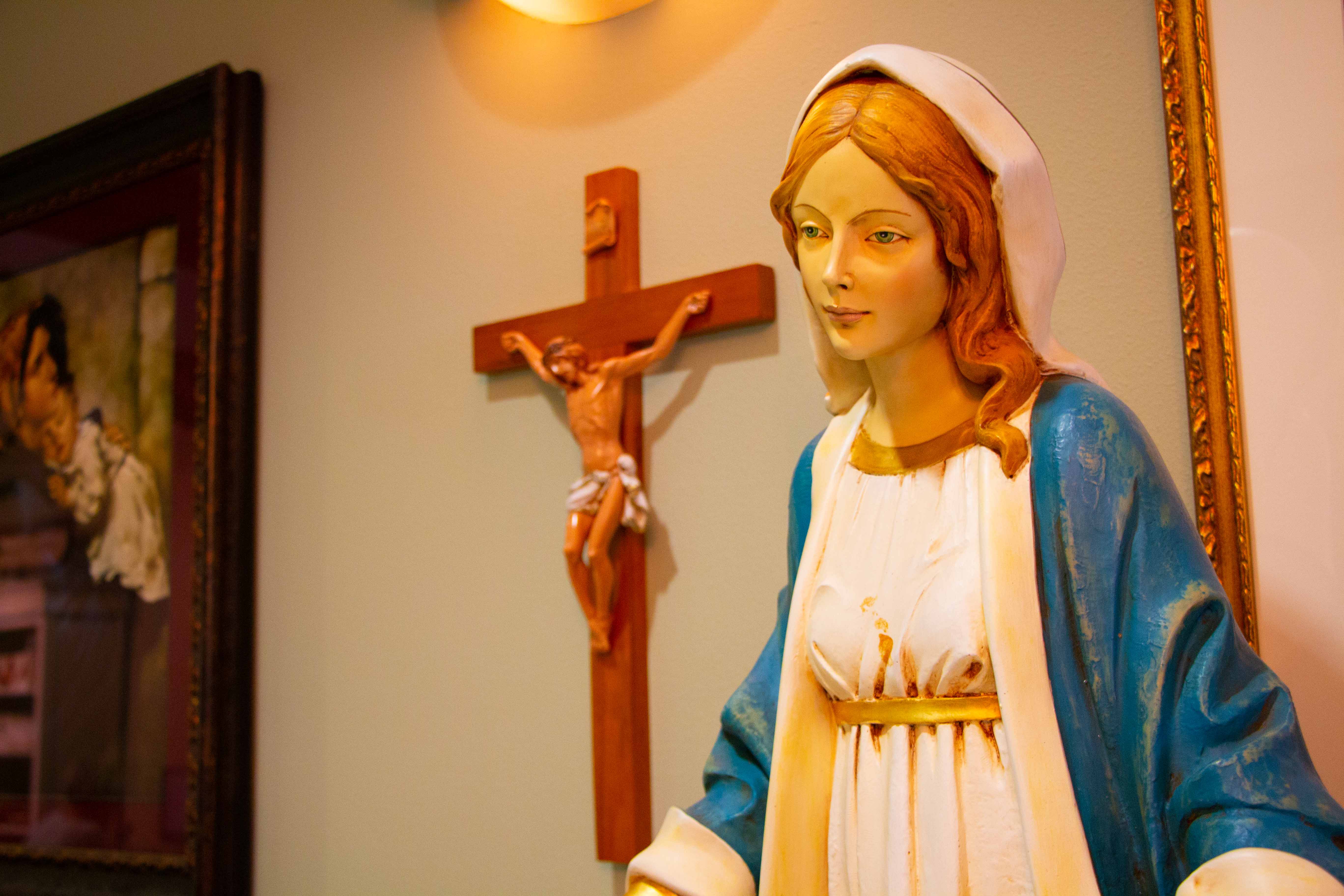 My name is Heather Hebert.  I am a 29-year-old mother of two.  The day after my first child, Ethan, was born the doctor diagnosed him with hip dysplasia, which is a condition that means his hip sockets were flat instead of curved.  Without a curve in the hip socket, the leg bone has nowhere to attach.  Not knowing anything about this condition I pictured my son in a wheelchair for the rest of his life.  We saw a wonderful joint specialist in Baton Rouge who specializes in pediatrics.  Ethan was placed in a brace that pretty much covered every inch of him.  It looked so uncomfortable.  The doctor told us he could be in this brace for up to 12 weeks and possibly longer if needed and the last resort would be surgery.  Ethan’s hip dysplasia was a pretty bad case.  A couple of visits went by and not much change was happening with the hip bone.  I had heard of Sister Dulce through a friend and knew she helped many families with various problems, however, I wasn’t sure if my problem was big enough.  I decided to see her anyway.  She prayed on Ethan’s hips and she prayed with me and told me that at his next doctors visit Ethan would get to take the brace off and his hips would be healed.  Well sure enough at his next appointment the doctor could not believe the change in his bones.  He said he had never seen that much progress from one appointment to the next and then he said that Ethan was done with the brace and we wouldn’t need to come back.  I could not believe it!

I knew at that moment that prayer was extremely powerful and that through sisters’ prayers and God’s limitless abilities, miracles were possible no matter how big or how small.