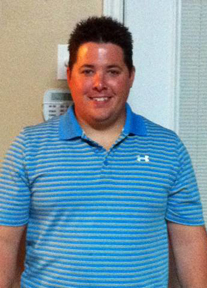 Purpose of visit — My visit to sister in October of 2010 was to discuss the illness that I had developed. I had recently been diagnosed with primary autoimmune hemolytic anemia in June of 2010. This disease attacked my red blood cells in my body because my immune system saw them as a virus or something it needed to destroy. It left me very low on blood, weak, and unable to perform daily activities. I was in the hospital for two weeks and had been put on bed rest until instructed otherwise by my doctor. Because of the cell destruction, they could not give me any blood transfusions due to the high quantity of antibodies in my blood. The problem I had was that my doctor was having an extremely difficult time getting my blood count to an acceptable level so I could have surgery to remove my spleen. By removing my spleen it would eliminate the red blood cell destruction drastically because my spleen was collecting and destroying the blood cells. During this process, I was being treated with large amounts of steroids to suppress my immune system to help eliminate some of the cell destruction so I could have the surgery to remove my spleen. The reason the surgery was so risky was that I had a blood count of 7 at the time, and due to the length of time, I was on the steroids it would be very difficult for me to heal properly. At its lowest, my blood count was 4 when I checked in the hospital in June. If I had the surgery at the time when I had a blood count of 7; after the surgery was over I would have had a blood count of 2 or 3. While in surgery they were going to have to recycle the blood I was losing and run it through a machine to clean it then give it back to me through an IV because I could not receive blood. When we met with the first surgeon he informed us that the surgery was going to be very difficult and he was going to have a surgeon assist him, because my spleen was extremely enlarged and he didn’t feel comfortable doing the procedure by himself. The incision was going to be very large and they were going to have to cut the blood flow off to my spleen in case it ruptured during surgery. After hearing all of this I felt like I didn’t want to have the surgery because it was too risky for me. We discussed with my doctor other options and he felt like the surgery was my best option even though it was so risky. We went ahead and scheduled the surgery for November 1st. I explained my situation to a few people and told them how concerned I was with the difficulty of the surgery and they suggested I contact sister and talk to her.

My experience with Sister Dulce— I contacted sister’s ministry and told them of my situation in late October roughly one week before my surgery was scheduled. I was told to call sister she wanted to speak with me. I explained my situation to her and she said, “When can you come in I want to help you?” I told her whenever she wanted me to be there I will come. I set up a time to come see her the next day. I explained to her my situation with the surgery and my illness. She prayed with me and talked to Papa about my situation. We prayed that my blood count would come up so I could have the surgery. She told me to see her the next two days as well she wanted to make sure my blood count was coming up. We met the second day and prayed together again. On the third day we met, it was a couple of days before my surgery was scheduled, she told me that Papa told her everything was going to be okay and I would have to take some medicine for the rest of my life. I broke down in tears of disbelief and confusion. If you could imagine the confusion and questions I now had. What does that mean? What about my surgery? What kind of medicine? I was very confused when I left, keep in mind it was informed me that he contacted a colleague of his at MD Anderson this morning and they wanted to try a drug called Rituximab to try and correct my problem because the surgery was too risky. This drug is actually FDA approved to treat a certain type of cancer called lymphoma. It attacks the same cells that are causing my body to think my blood is a virus. He wanted to try this even though it is not approved to treat my condition. I asked him, “When did you decide to try this?” He said this morning. I could not believe what I had heard. I researched this drug and found out that it was made by Roche’s pharmaceuticals, my last name is Roche. He told me it was going to be difficult to get my insurance company to approve this being that it is partially experimental. My insurance company approved it very quickly to the surprise of my doctor’s office. They told me it was very unusual for that to happen. I started treatment immediately after they approved it. I went through my first round of treatment, which were four individual treatments once a week for four weeks. I had a robust response immediately after the first treatment. My blood count began to rise each week. After my fourth treatment, my blood count was 10.1, average count for me should be 14-16. Two weeks went by and my blood count dropped again. I had been seeing sister every week during this process and my faith was not where it should have been. She told me it will be okay quit worrying trust Papa with your health. I will never forget that! Something came over me at the time I didn’t really know what it was at the time, but I quit worrying. I went back to my doctor and he said that his friend at MD Anderson wasn’t really sure what to do next but maybe we should consider removing my spleen. My doctor told me he wanted to try one more round of chemotherapy. I had four more treatments of Rituximab and since then I have been completely healthy and on a small dosage of medicine. They are actually considering backing me off the steroids due to the fact that I have been healthy since. It is going on six months of being healthy; my blood count at my last doctor’s visit was 14.1 Normal.

Spiritual impact—-when I started this battle with my health last year I wasn’t practicing my faith or going to church. I feel like I went through this and met sister for one reason, which was to bring me back to my faith and have a better relationship with God. I feel he wanted me to go through this so I would trust him and share my story with people. There is not a day that goes by that I don’t remember what sister told me. She told me it would be okay trust Papa, and never forget what he had done for me! I will never forget what he did for me, never. I only hope now I can encourage my friends and family to become more active in their faith with me. I have gotten back in church and strengthened my relationship with God. Even though it was the hardest thing I have been through in life I find myself thanking God for what I went through and all of the people he surrounded me with during this process especially Sister Dulce and the Ministry.