A VIP Seat with God 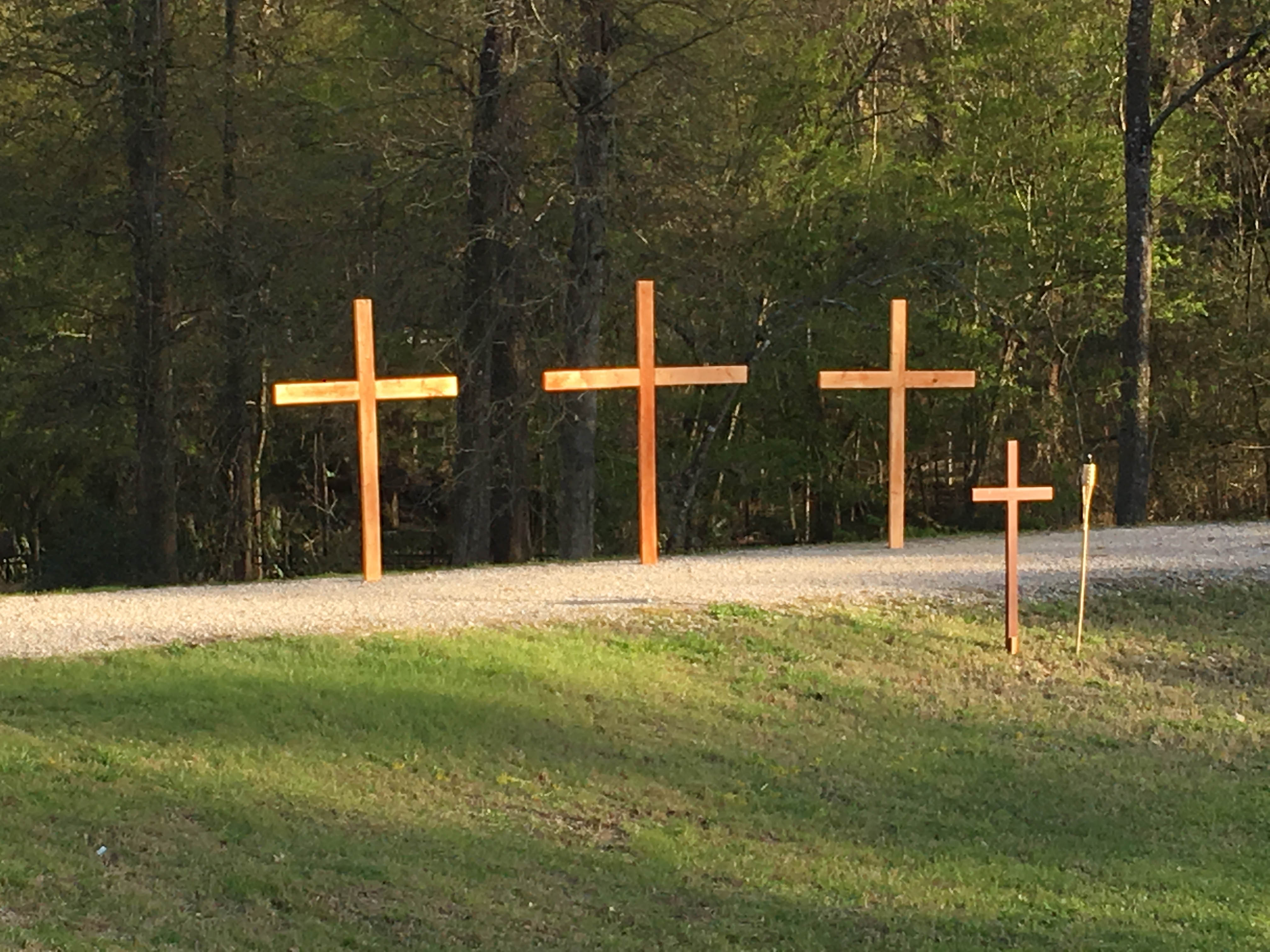 Our lives were changed forever on September 15, 2015 when I was diagnosed with stage IV high-­grade neuroendocrine carcinoma. The doctor said it was terminal and that I only had a few months to live as it had spread so much in my body. The primary was in the pancreas and it had spread to my liver, multiple distant lymph nodes and even in some of my bones. It was everywhere. We were devastated to hear this news but knew we had to stare fighting, so we started chemotherapy right away at Ochsner hospital in New Orleans.

I’ve always been a spiritual person. I’m thankful to my parents for bringing our family to church every Sunday growing up. When I married the love of my life Jessie, we were both Catholic and went to church together when we started dating. So having Catholicism in common was a big plus for us as we began our married life together. As we got the bad news in 2015, we had a great foundation to fall back on spiritually. We immediately called Fr. Beau Charbonnet who married us and let him know the news. He came directly to my hospital room and prayed with us. Then I became aware of the Fr. Seelos Shrine in New Orleans where we met many great people who have helped and prayed with us along this journey as well. Then my sister-in-law had mentioned to us about going to see a healing nun in Baton Rouge. I had never heard of the ministry before but was eager to learn more. So we called and explained our situation and we were able to get an appointment with Sister Dulce.

The first time I met Sister Dulce there was a unique calmness and energy that flowed within her and all around. I felt immediately that she had a special gift. As she prayed over us after hearing our story she began to speak to Papa and I felt an even closer connection to Him through Sister Dulce even though I always prayed and had a relationship with Him. It was a moving experience for us to meet Sister and continue our spiritual journey with her. Now I come almost every week to meet and pray with Sister. If there is an off week and I can’t make it, I feel like missed I something. Seeing Sister and feeling the closeness to Papa is such a blessing. The staff and volunteers that help at the ministry have been absolutely amazing. It is such a warm and welcoming ministry that offers so much hope and peace for patients like me.

Sister has taught me so much in chis journey so far. One lesson that really comes to mind is the suffering that patients like myself endure. She has taught me to embrace it and “don’t let it go to waste”. So now I offer my suffering up to God for someone or a group of people. This has opened my eyes to how much Christ suffered on the cross for us out of his love for all of us co have salvation through Him. One of the big turning points in my journey was when I decided to “Pick up my cross” and “accept my cross” so the fighting and healing process could begin. Just as Christ picked up His cross for us I remind myself daily that this cancer is my cross to bear and I plan on carrying this cross for as long as I have co as I learned that through Christ we can endure and accomplish anything. It doesn’t matter how this happened as so much as to what God can do about it if you have faith. I truly believe that even though the doctors said we cannot cure this cancer that God can. There was actually a period of about eight months in 2016 when my doctors could not find any cancer on my scans. It was a true miracle because my doctor had never seen this kind of response before with this type of cancer. There have been many people diagnosed after me with this cancer and other types that have already fulfilled their earthly journey. I know God has a plan for me to still be here to share my story and help others that might be facing a similar battle. I also know that He wants me to be with my family to help raise our children and experience life with my beautiful wife. Jesus wants us to be healed. We just have to have faith. He tells us to “be of good cheer for I have overcome the world” and “in Me you may have peace. ” He also says to “walk by Faith not by sight.” These are some of the scriptures that come to mind when I’m feeling down or feel the world closing in.

When we were told the bad news in the fall of 2015 and only thought that I had a few months to live, it was so hard to process how this could happen to such a young person. I was only 36 years old when diagnosed and was in great shape physically. We had only been married for seven years. My daughter was four and my son was only one. I didn’t know if my children would even remember me if things were to turn out the way the doctors said. Sister told me from the beginning that God can heal anything and that only He can bring you home when He’s ready for you. She has repeatedly told me not to worry; Papa is not done with you. She would tell Papa that “he is a beautiful man and that his wife and children need him.” So here we are still fighting more than two and half years after hearing the grim news. Sister Dulce has been inspiring, uplifting and I always feel such a close connection with her and Papa every time we meet.

My relationship with Sister Dulce and all of the spiritual experiences have confirmed my beliefs from growing up and really strengthened my relationship with God. Picking up and accepting my cross has allowed me to focus on the battle and have a great attitude during this journey. I know God is with me and through Him all things are possible. This experience has been enlightening and just a true confirmation spiritually for me and I’m so thankful for each and every day I get to be with my family. It is a true blessing that Sister is part of our journey and has given so much hope and peace to us in our journey as she has to so many others as well. It’s like you have a front row seat in VIP to God when you are with Sister. When the world seems like its closing in or I’m having a bad day I can hear Sister say “you worry too much, Papa is with you. Focus on living not dying” as she has told me many times. It’s been a truly amazing experience that has helped us tremendously as we continue the fight. We look forward to many more visits and prayer meetings with Sister Dulce. 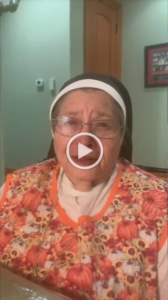 On this day of Divine Providence, the first day of the month, it is Sister Dulce’s wish that this message brings hope, peace and comfort to you and your families in this unsettling time.
Sister Dulce is staying in contact with her cancer patients each week by phone, FaceTiming when she can. Please hold Sister Dulce, this ministry, all her sick and dying, and those affected by the Coronavirus in your prayers. Your prayer intentions may be submitted HERE. God hears all prayer!
Sister Dulce, the Mercedarian Sisters of the Blessed Sacrament and all of us at Cypress Springs Mercedarian Prayer Center miss you! Prayers are coming your way daily; we are in this together. And when we do return to our normal lives, although different, we will return with a stronger faith and an appreciation of all the gifts of our Creator – God. May God Bless each of you and your families.